The GS mark is a safety mark accepted by customers in Europe. Products that pass GS certification are even more popular, even though their sales price increases.

The GS mark indicates that the product's use safety has been tested by a recognized independent agency. Although the GS mark is not a legally mandated requirement, it does enable the manufacturer to be bound by strict German (European) product safety laws in the event of a product failure causing an accident. Therefore, the GS mark is a powerful market tool that can enhance customer's confidence and purchase desire. Although GS follows German standards, it is recognized by most countries in Europe. And to meet the GS certification at the same time, the product will meet the EC's CE mark requirements. Unlike the CE, the GS logo has no legally mandated requirements. However, because the safety awareness is deeper into the ordinary consumers, an appliance with a GS mark may be more competitive in the market than a general product.

The GS mark is generally used together with the sign of the authorized organization. German VDE, TUV Rheinland, TUV/PS, Intertek, and SGS certification bodies have all been authorized to carry out the GS mark service, as shown in Figure 4.

1. Marks are generally used together with the sign of the authorized organization, pasted or printed on the product and on its outer packaging, and are clearly visible.

2. The size is enlarged and reduced in proportion.

Korean product regulations are similar to those in Europe. The specification of the Korean safety mark is based on the "Electrical Product Safety Control Law" promulgated by the government, which was revised on September 7, 1999. The revised content mainly includes four items: 1. Korean security regulations divide electronic products into two categories: mandatory products with EK-marks and non-mandatory products with K-marks; 2. Factory inspections for the first time Factory inspections of the year, including factories outside Korea, are mandatory; 3. Electronic safety standards in Korea are harmonized with IEC standards; 4. Only manufacturers can be license holders.

2. Marks should be firmly affixed, printed on the product and its outer box, and clearly visible.

3. The size is enlarged and reduced in proportion.

4. The color is normal black.

EnergyStar is an energy conservation program led by the U.S. government that focuses on consumer electronics.

The Energy Star program was initiated by the US Environmental Protection Agency (EPA) in 1992 to reduce energy consumption and reduce greenhouse gas emissions from power plants. This plan is not compulsive, and vendors who voluntarily cooperate with this plan can label their qualified products with Energy Star. The earliest products that matched this plan were mainly computer, monitor and other information products, and gradually extended to motors, office equipment, lighting, and home appliances. Later it was extended to buildings. Since 1996, the US Environmental Protection Agency has actively promoted the Energy Star Building Program. The EPA assists voluntary participants to evaluate the energy use of their buildings (including lighting, air-conditioning, office equipment, etc.), and plans the building. As the energy efficiency improvement plan and follow-up operations of the property, some of the homes or industrial and commercial buildings that have introduced new concepts of environmental protection can also find the signs of the Energy Star. 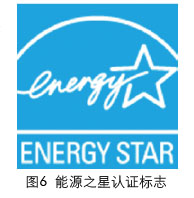 It is used for labeling products and their packaging, furniture and buildings that meet the Energy Star specifications.

On January 23, 2003, the European Parliament and the Council of the European Union adopted the "Directive on the Restriction of the Use of Certain Hazardous Substance in Electronic Equipment", referred to as the RoHS Directive, also known as Directive 2002/95/EC. In 2005, the EU supplemented 2002/95/EC with the 2005/618/EC resolution, which clearly stipulated maximum limits for six hazardous substances. The RoHS Directive stipulates that any lead (Pb), cadmium (Cd), mercury (Hg), hexavalent chromium (Cr6+), polybrominated biphenyls (PBB), and polybrominated biphenyls that exceed the specified limit levels are prohibited from July 1, 2006. Phenoxide (PBDE) 6 kinds of harmful substances in the electrical and electronic products (with partial exemption) entered the EU market.

In order to actively respond to the EU RoHS directive and related environmental directives in other countries, domestic companies are currently passively responding to the RoHS directive in the form of test reports, mainly in accordance with the requirements of the Directive on harmful substances, and testing organizations to test samples submitted by customers. . The so-called RoHS certification is actually an ordinary sample delivery commission report. At present, the EU's supervision method is not very clear, but it is certain that it will not adopt a compulsory certification method, and there is no certification standard that can be followed and unified like a CE. Identification.

There is no uniform RoHS compliance mark in the European Union. The RoHS mark that is seen now is the RoHS mark issued by each inspection agency, as shown in Figure 8.

There are strict regulations on the use of product marks abroad. It is understood that in order to ensure product safety, the European Union recently introduced 765/2008/EC and 768/2008/EC two regulations aimed at strict CE mark certification. The new regulations make strict regulations on the size of CE markings, and require that each part of the CE mark must have the same vertical dimension and must not be smaller than 5mm. Whether the CE mark is reduced or enlarged and the original ratio is slightly different, it is considered as an error. use. Therefore, domestic manufacturers and exporters should carefully interpret the information conveyed by the new regulations, strengthen the management of certification marks used in export products, standardize the use of certification marks, and prevent EU member states from punishing due to irregular use of marks.